The main island of the province of Palawan in the Philippines is Palawan Island. It is located somewhat apart from the other islands of the country, the nearest being 150 kilometers away. It is then easy to understand why it is also known as the “last frontier” of the Philippines. Paradisiacal, exotic, and authentic, Palawan Island is a wonderful destination that you will love to discover if you are looking for sumptuous and diverse landscapes where you can enjoy many activities on land and sea. Follow us towards the island that the Commander Cousteau himself described as the most beautiful place he had ever explored… 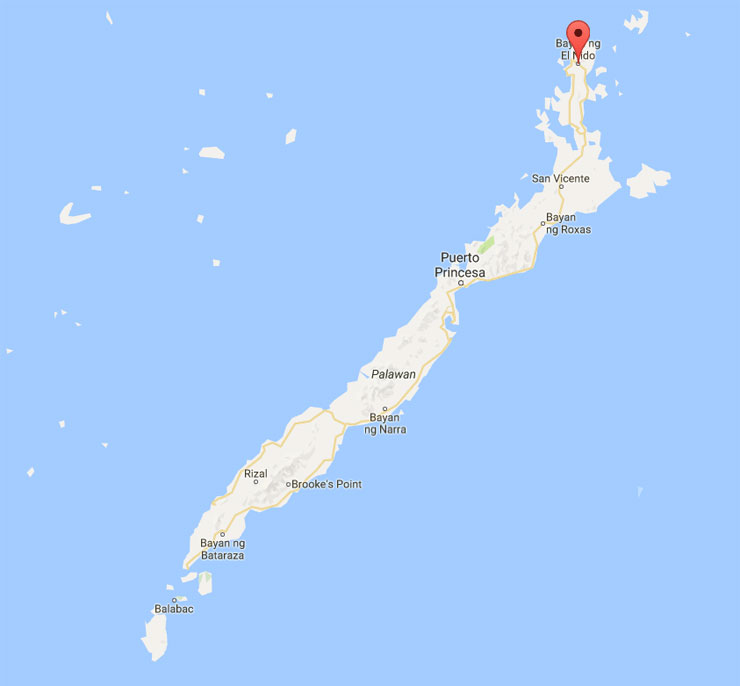 NATURE AT ITS PUREST

Palawan is an ideal destination for nature lovers. The island’s biodiversity is indeed astounding. The pristine forests, white sandy beaches, and turquoise waters overflow with life. Numerous hiking trails will allow active travelers to discover the island while exercising. In addition, the island is home to many endemic species, such as the binturong or the Palawan peacock-pheasant. One of the most peculiar animals of the world, the Philippine mouse-deer, can also be found on the island of Balabac. On average, this animal measures 40–50 cm from the head to the tail, and thus is the smallest ungulate mammal on earth. Finally, Mount Victoria, in the center of the island, is home to a very impressive carnivorous plant, the Nepenthes Attenboroughii. To sum it up, a trip to Palawan is like diving into the heart of nature!

Unfortunately, this biodiversity is under threat. Fishing, logging, and pollution are constant dangers to the island’s abundant nature. Many coral reefs have already been destroyed by the use of dynamite, cyanide, or other destructive methods, which are widely used in the rest of the country.

To fight this disaster, the entire island of Palawan has been designated as a Fauna & Flora Watershed Reserve. There are also specific protected areas, such as El Nido-Taytay, Tubbataha, and the Puerto Princesa Subterranean River National Park. The Philippine government is fighting this destruction problem by creating forest research centers and sanctuaries for animals.

The island of Palawan is widely known to be home to some of the best diving spots in the world. On the eastern part of the island lies the Tubbataha Reef, a UNESCO protected site. This coral reef is often compared to those found near the Galapagos Islands and hosts about a hundred species of fish, sea turtles, and seabirds. To the north is the Apo Reef, a 34-square-kilometer reef said to contain the largest concentration of coral species in the world. Beyond the mangroves, the turquoise lagoons, and the coral reefs, you will also be able to dive among several wrecks of World War II, enough to satisfy both history buffs and aquatic sports enthusiasts.

OTHER THINGS NOT TO MISS IN PALAWAN

If nature is the main asset of Palawan, Puerto Princesa, the largest city on the island, is considered its gastronomic capital, and thus should not be missed. Nice and charming, this small town will allow you to discover the center of Palawan and its rural life, and it is also great for a motorcycle ride. In the north, the towns of El Nido and Coron often serve as a base camp for visitors wishing to discover the Bacuit Archipelago and the Calamian Archipelago. This is where you will find the most activities and the perfect place to organize excursions to the surrounding islands. Finally, halfway between Puerto Princesa and El Nido, you can stop in the quiet village of Port Barton, perfect for resting and enjoying beautiful beaches.

Do not wait any longer, discover Palawan and the charming city of El Nido now!